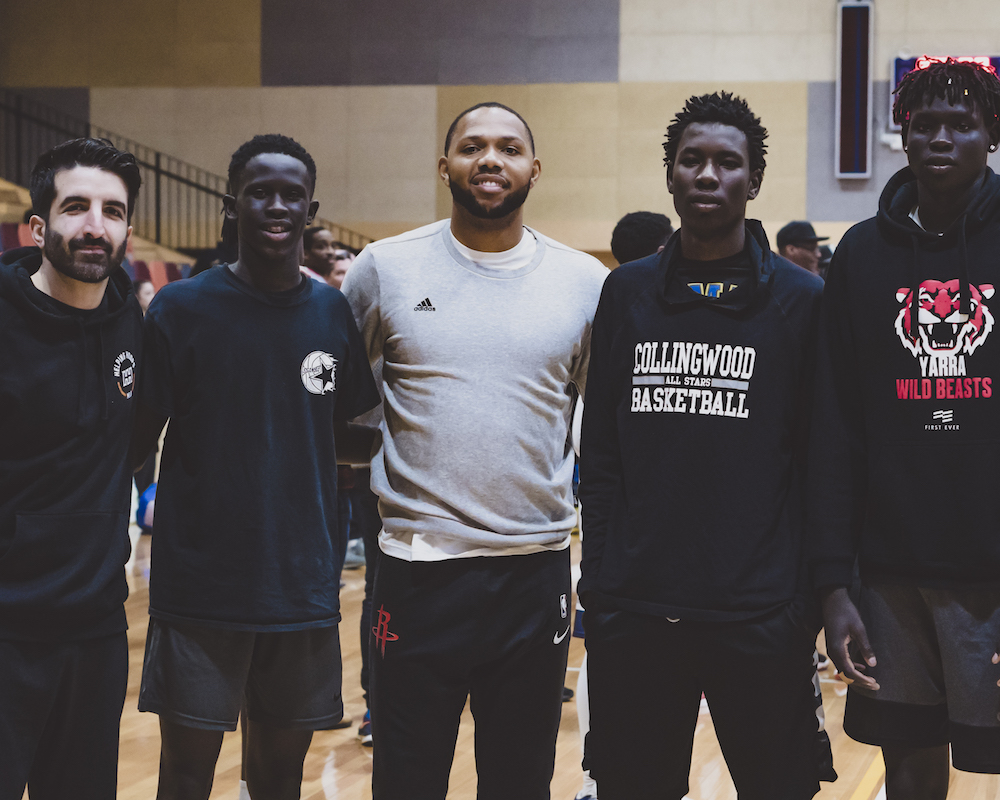 Houston Rockets sixth man Eric Gordon visited Melbourne to run two basketball camps in August 2018. The Melbourne edition of Gordon’s camp welcomed 30 children from Helping Hoops programs, who were given the opportunity to attend by Sports Royalty – a company with the aim of bringing NBA talent to Australia. Eric was joined by eight coaches who each ran stations focussing on a different aspect of the game. Participants enjoyed the opportunity to interact with Gordon, with a fortunate few even given the chance to play a game of one-on-one. Gordon spoke to the group about his career highlights, what it takes to become an NBA professional, and answered questions on the Houston Rockets. 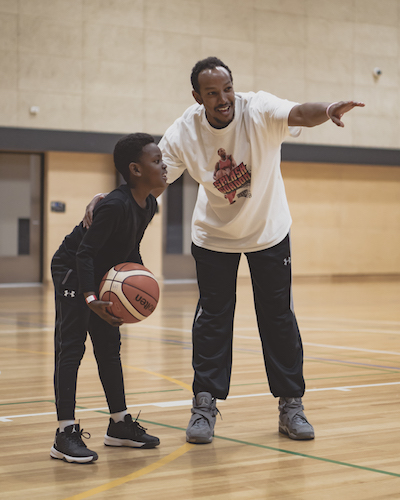 Gordon’s visit follows the Ben Simmons camp, which took place the week prior, and caps off an exceptionally busy period for Helping Hoops. Between the Gordon and Simmons camps, 50 children were able to get up-close and learn from players who embody the skills and values we strive to instil at Helping Hoops.

We would like to thank Sports Royalty for their generosity, and look forward to working with them again soon as they look to expand their events in Melbourne.